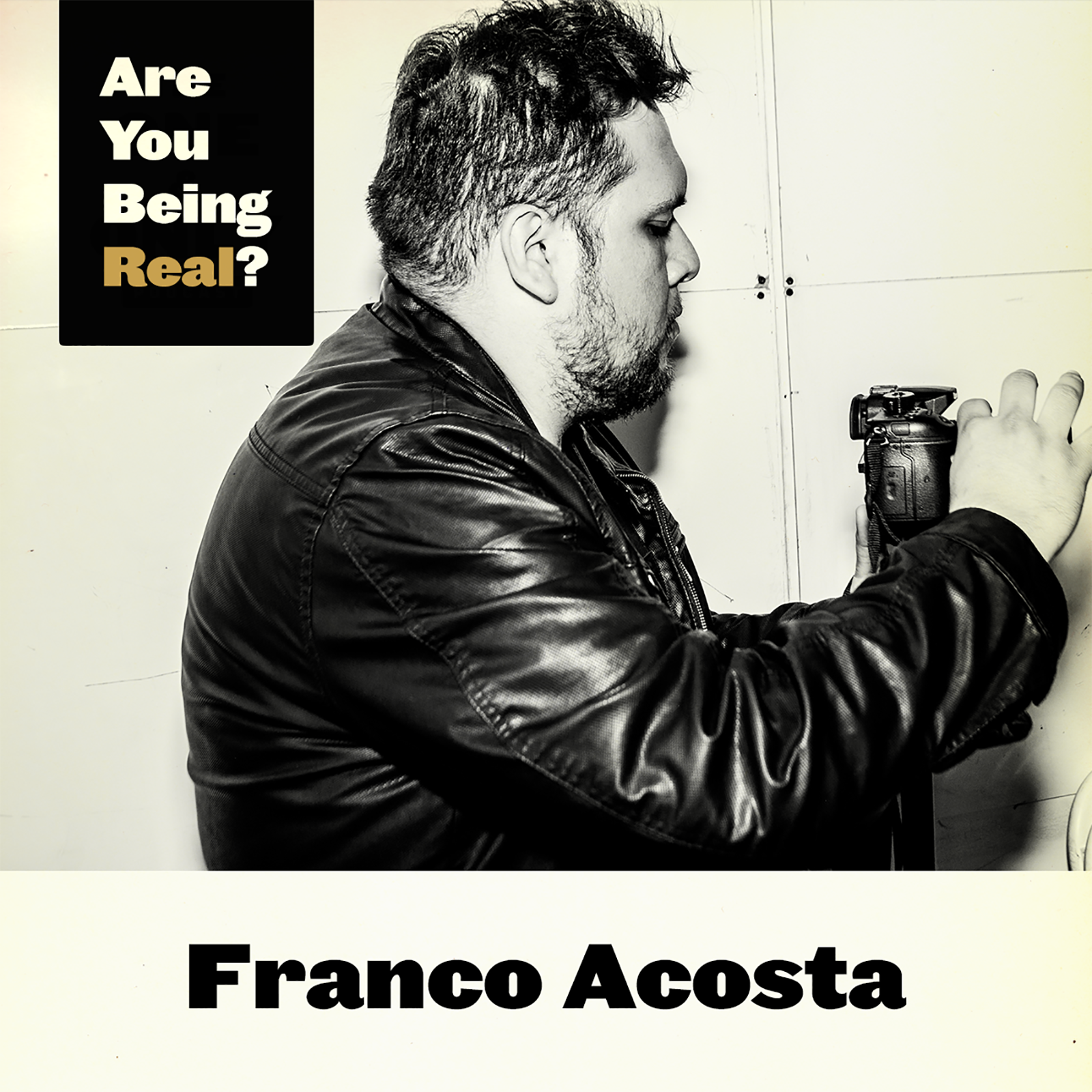 Franco Acosta is a name you may have heard Mark shoutout at the end of some past episodes. He's the current producer/editor of the Are You Being Real Podcast and a behind-the-scenes ninja on a lot of Mark's projects.  But what you don't know is that Franco and Mark met just barely a year ago thanks to some serendipitous events that made their paths cross (or were they? Franco believes there are no such things as coincidences).

In this episode, Franco shares what it took for him to finally make the leap and move to Los Angeles to pursue his dream of acting (a goal many in this town can relate to). The lessons and insights he's picked up along the way can be of value to anyone, no matter what goals they have.  Past guest Jake Greene said: "Everyone wants to be a part of a great story" and stories like Franco's show us that we all have the potential to be the protagonist of our own great story if we're bold enough to begin it.

Learn more about Are You Being Real at AreYouBeingReal.com/180

-Getting real with yourself when your past story no longer serves you.

-The power of replacing 'someday' with a concrete 'when' as you choose your goals.

-Following your gut and instincts even when the path isn't clear.

-How having the courage to be bold can create amazing opportunities.

"Some mornings I wake up and still wonder if I made a mistake, but at the end of the day, I’m glad I made the move."

"I just need to accept that I am worthy at all times."

"There is no such thing as coincidence."

"The plan is to just begin to work."

"Look at your roadblocks as opportunies and not as deadends." -Mark Shapiro

"I believe that when we have good desires in our hearts, there is a force that we can’t quantify or see that helps us be able to get to that point."

"We decide how we feel about whatever is going on to/with us."

“We all have amazing stories to tell.” -Mark Shapiro