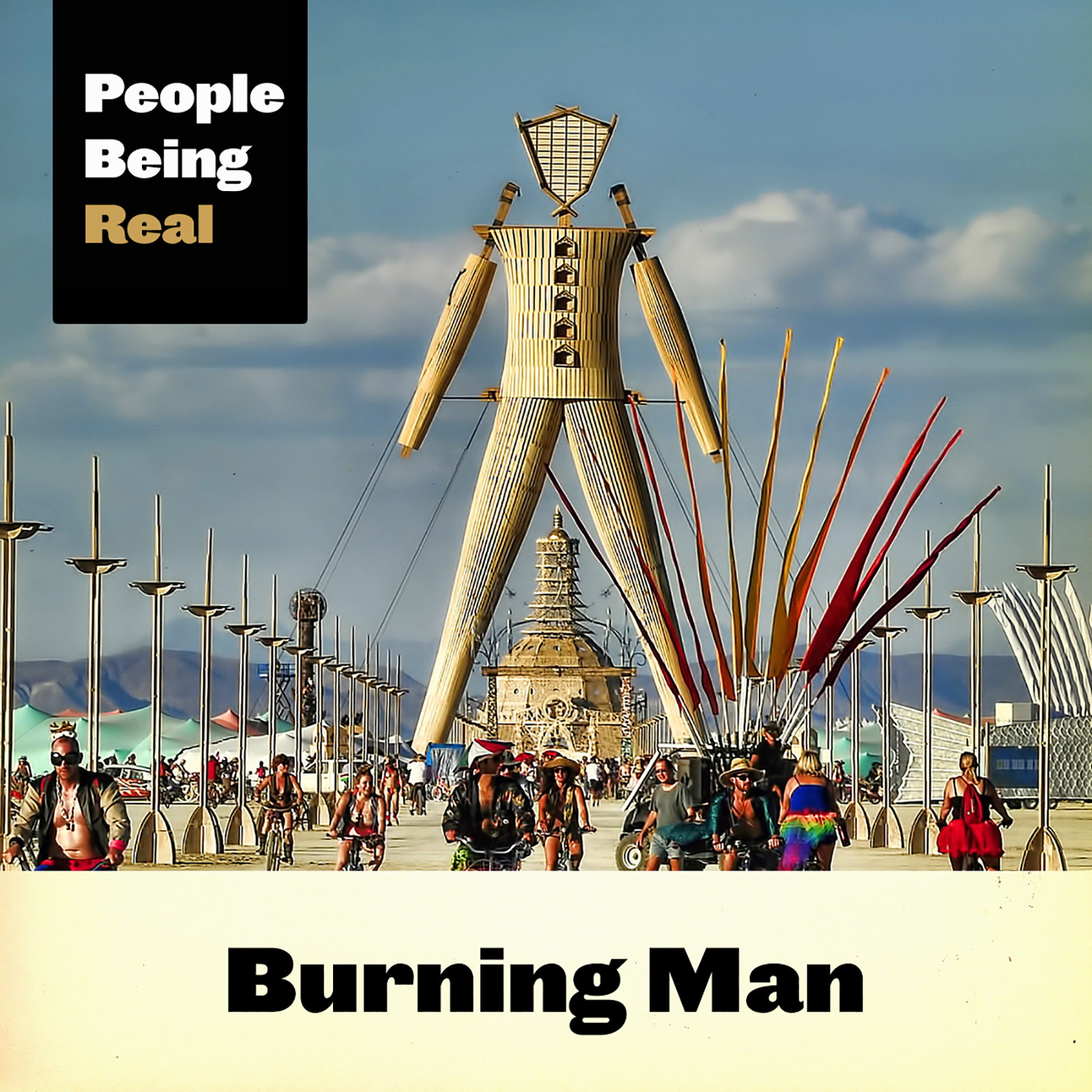 Imagine that you find yourself in a magical city that only exists for one week. A city where only 70,000 people are allowed to enter. A city that looks and feels like a cross between Disney World and Willy Wonka’s factory. A city where there is no buying or bartering for goods—just a free gifting economy. A city where you can be whatever you want to be.

This city is called Burning Man. And it’s Mark’s favorite place to be.

This week, he’s attending the festival out in the Black Rock Desert of Nevada for the tenth year in a row. And because he loves it so much, we decided to re-publish a condensed version of an old episode where he talks about all things Burning Man.  We also updated the episode to include some present-day insights regarding the 2019 state of Burning Man and it’s potential future.

If you’re curious to know what Burning Man is truly all about, why Mark continues to attend year after year, and what you can expect to experience in the future, check out Episode 237 of People Being Real!

-Is Burning Man still the same even though there are more celebrities than ever attending? (27:25)

“What is Burning Man? My favorite place in the world.”

“What really sets Burning Man apart from all other festivals are the ten principles all burners abide by.”

“It feels amazing to give things away.”

“Radical inclusion means EVERYONE is accepted.”

“There is magic and synchronicities everywhere.”